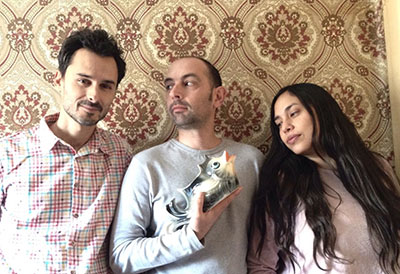 This is the first collaboration of X, S and J.

These three individuals, each on his or her own, have carried out research works on the notion of the poetics of objects and their scenic potential. Each one of them comes from very different and particular worlds´, however they share a passion for the memory that accrues itself on everyday objects and spaces. Their creative processes travel between the oneiric and the documentary, between fantasy and life, micrology and fragility.

In recent years, they have reflected, tested and practiced together in order to take the documentary capabilities of seemingly insignificant objects to its limits. They collaborate in making them visible through careful tactics. They agree on how to relate to people and environments, and conspire what can be detected, is disclosed and intuited behind the silences that run in the material vastness that surrounds us. They consider that the detection of these “infra-realities” in objects constitute a sort of detective trade, whose mission it is to shade light on the most subtle transitions, which are affected by our objectuality.

For this they have created their own Agency.